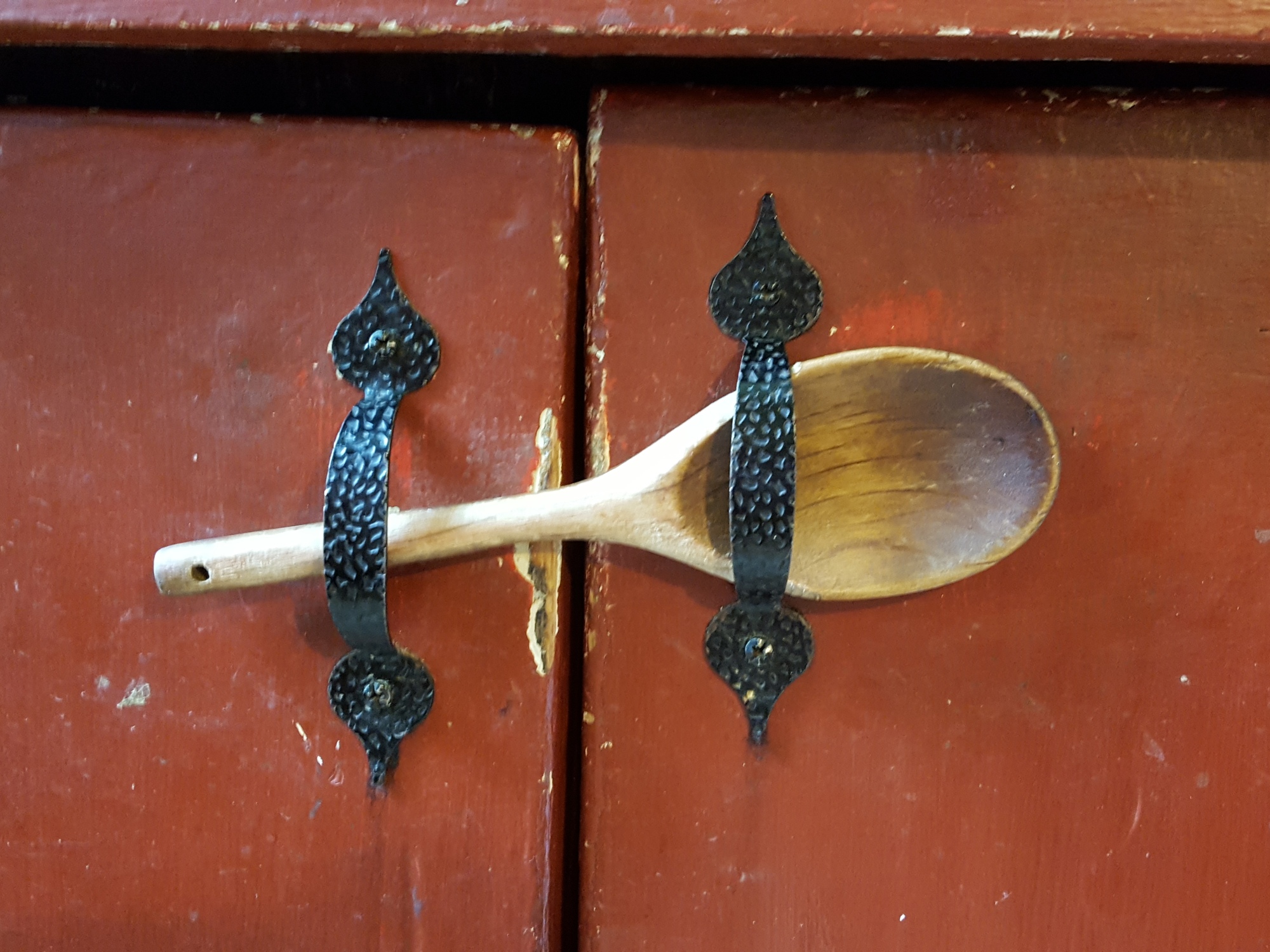 There are bits and pieces of my childhood that I didn’t realize weren’t a part of everyone’s life story. As I started to explore the world beyond the boundaries of my early isolated existence, I was surprised at the differences between my normal and the normal of, well, everyone else not born at the turn of the century.

We grew up on well water. Not just any well water, but old-well water. Like, someone with a donkey and handmade tools dug it up and then died before the Civil War started. Growing up, we had to run the faucet for a few minutes at the start of the day to clear the pipes of rust, dirt, moss, and fossils. We were reminded that we should be grateful for the water, because when my father grew up in the same house, he had to go outside to the pump in the front yard to get water until he was nine and they got plumbing.

Gratitude aside, if you drank the water right away, it would not only taste terrible, but your teeth would turn brown and you would throw up. Five minutes later though, it was all clear and we were reassured that we were drinking the minerals from the earth that God intended for human consumption. Humans and genetically modified farm animals.

We called it “morning water”, because it was water, and it was morning. Perfectly logical explanation and name.

I went away to college and moved into a dorm. My first week, my roommate asked me why I turned the faucet on in the morning and left it running.

“Morning water,” was my reply, wondering what kind of an idiot I was bunking with. I explained it in clear terms for her simpleton mind, but then had the tables turned on me.

There was no such thing as morning water in the real world. Morning water only existed in my previous life on the farm as an unofficial cast member on Little House on the Prairie.

As my exposure to the world continued, so did my disillusionment and realization that my childhood was uniquely bizarre. None of the other girls on my hall checked their shoes for snakes, or the tin water pitcher for spiders before rinsing out their shampoo. In fact, they didn’t have a tin pitcher at all.

No one else could share their stories of the summer the well went dry and they had to take gallon jugs over the hill to fill them up with spring water so their mom could take a bath. (We got to bathe in order of “least dirty” to “dirtiest”, so my sister and I were next, followed by my brother. At that point the water resembled mud and had to be shoveled out of the tub because it wouldn’t drain, so my dad would just clean up using the rain barrels instead.) We had amazingly strong immune systems; I give credit to the constant low level exposure to dirt and germs (though my mother did her absolute best to make sure that at the very least our hands were clean when we ate dinner).

I was the only girl in college who was comfortable sleeping with gloves and a hat, because growing up, the only woodstove was in the living room on the other side of the house. No one else had to take turns with their siblings getting dressed behind the big chair in the living room because it was too cold upstairs in our bedrooms to have any skin exposed without the danger of frost bite. I learned quickly that I was made of tougher stock than all of the girls on my hall who didn’t have to unplug their appliances because there was rumor of a thunderstorm rolling through.

We had one toilet. One toilet for five people, three of whom were girls, which meant that my brother did not pee inside until he was over the age of 21. It also meant that we had to announce our bathroom visits if we were planning on being in there for more than 45 seconds, so we all knew way too much about each other’s bowel habits. In high school, I started getting up when it was still dark outside so that I could shower AND use the toilet in the same stretch of time without interruption. It was nice to be ready for school at 4:30am; it gave me more time for teasing my bangs and peg rolling my jeans.

If we had visitors over 5’8” tall, we had to warn them (repeatedly) about the low door frames. Apparently our ancestors (who built our home two hundred years and 4 generations before) were Oompa-Loompa short. I’ll never forget when the father of a girl that I was so excited to have over (her house had three bathrooms AND central heat) came to pick her up and ran into the doorway so violently hard that his forehead immediately knotted up. She never returned, and I made it a point to date short boys in high school to avoid future awkwardness and concussions.

My mother had a bell on the porch to ring when dinner was ready. We weren’t out in the neighborhood; we were our own neighbors. We were in the woods, jumping off of a rock called (brace yourself) Big Rock (because it was a big rock, obviously), into the stream, picking ticks out of each other’s hair like monkeys, and trying to see who held the record for biggest mosquito bite.

We had parties with our extended family (who had all left the farm for modern conveniences like air conditioning) that revolved around potato planting and potato harvesting, both of which are best done in one fell swoop with a large crowd. We were the trendsetters who started fire-pits; they were designed for trash burning and not socializing, but you can roast marshmallows on them either way, so who cares.

I just spent the last week at home with my parents, my own kids in tow. Some things have changed. They had to dig a new well (the EPA finally caught up with us when they realized that we were becoming super-human from the ingestion of the oldest well water in America), so morning water is a thing of the past. There are space heaters on the floor now, and although there is still just one toilet, we’ve learned to be civilized about it.

Not everything has changed, and for that I’m grateful. The cabinet in the kitchen still won’t stay closed.  In fact, I’m not certain that it ever did. Instead, there has always been a spoon that goes between the handles on the doors. You push up on the doors with your right knee and slip the spoon into the slot until the right door slips into place, and the left door will follow.

We close the doors without thinking about it, in a movement as automatic as rubbing your eyes when you’re tired, or licking your lips when you smell BBQ ribs.

It wasn’t a random string of wooden spoons through the years, either. It was one spoon. The same one, always. It has always been that spoon.  It’s darker brown than the others, which implies that it was used for cooking at some part of its history, but then relegated to door holder because the handle is too short to be functional in a hot pot of anything more than an inch high.

There was a brief discussion about using a different spoon last year, a newer one with a longer handle to keep the doors closed more tightly, but it caused such a ruckus that the old spoon was returned to its rightful place and no one has brought it up again. When my children played with pots and pans, they did not use that spoon as a drumstick. That spoon had a job already.

The cabinets remain unchanged. They were never fixed or upgraded, and the last time they were painted both The Cosby Show and Family Ties were in the original Thursday night line-up. I suppose my parents, in their eternal wisdom, knew that some things don’t need to change. Some things are fine the way they are, even when they aren’t ideal.

We don’t need to fix the doors. We are fine with the spoon.

That spoon is my family, and my childhood.  It is a symbol of continuity and integrity; an artifact demonstrating the ability to make due with limited resources.

That spoon is knowing when it is time to change and evolve, and knowing when things are good enough just the way they are. In a world that is obsessed with perpetually changing and upgrading into a bigger, better, faster version of everything, it is a truth worth holding onto.

I’m glad I had morning water. I’m glad that I had calloused feet and knotted hair from days spent outside and restrictions on bathing based on water conservation. I’m glad that the plaster on the ceiling was cracked into pictures, like permanent clouds in the sky. It was all insane, but often the best things are. I didn’t realize it while I was there, but it was. It was a crazy, bizarre way to grow up, but mostly it was lovely and wonderful and I’m glad I got to be a part of it.

It wasn’t always rational, easy, or even hygienic, but it was our honest interpretation of life, and it was perfectly fine just the way it was, wooden spoons, morning water, and all.